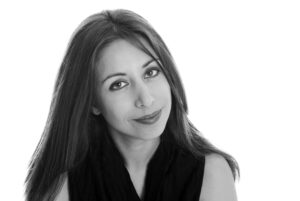 Athena Xenidou is a producer, writer and director in film, theatre and television. After receiving a Diploma in Music from the Royal Schools of Music, London, Xenidou studied English Literature, Music and Theatre at the University of Fribourg Switzerland and received a certificate of Directing at the Academy of Motion Arts and Sciences in Los Angeles. She received her BA in Film Studies at the University of California, Santa Barbara. In 1997 she became Assistant Professor in Acting/Directing at the University of California. Xenidou also holds a MA in Media and International Relations from the University of Nicosia. In the USA,she produced/wrote/directed 3 awarded short films, Dead End, The Made Guy, and Tripwire, with the American Film Institute. In 2001, she produced and directed her first feature film,Unwitnessed Memories which won the Special Jury Award at the Houston International Film Festival for Best Documentary. In television, she directed Survivor 1-2, The Farm 1-2 and The Celebrity Farm for MEGA TV in Athens, Greece with the highest ratings in Greek television history. Xenidou was a member of the jury for the International Emmy Awards from 2001 to 2006. In 2004 she was invited by the European Union and the Ministry of Education and Culture as a director at the Cannes Film Festival. Since 2007, Xenidou has been working mostly in theatre. Her collaboration with the Cyprus National Theatre –directing The Shadow Box in 2008 – resulted in being nominated for 3 awards and receiving Best Male Actor Award at the National Theatre Awards. She also directed The Stone of Marius von Mayenburg for the Cyprus National Theatre in 2014 and through other collaborations directed plays such as, The Vagina Monologues, Touch, I hate Hamlet and Miss Julie. XMAS Productions, her company, aims at producing entertainment for local and international distribution such as The Vagina Monologues and Miss Julie. XMAS Productions is now in development of Socrates & Soc, a feature-length animated film which she wrote with Barry Cook (director of Walt Disney’s Mulan.) Xenidou teaches drama for all ages at Fine Arts Schools, such as Motion Art Studio, Cube, Red Stage Theatre and heads Drama workshops at the European University.