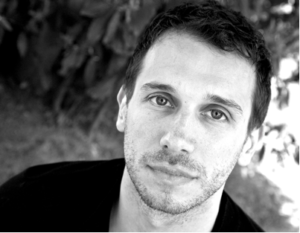 Yorgos was born in Athens, Greece, where he was trained as an actor at “Arhi” Drama School of Nelli Karra, and worked in theatre, film and television.

In 2001 he moved to London and trained with Philippe Gaulier and members of Complicite. In 2003 he found himself in Liverpool to join Hope Street Physical Theatre Programme, and then he founded Tmesis Theatre company and Physical Fest (International Physical Theatre Festival) with Elinor Randle. Tmesis collaborated with some world-class artists, such as Malou Airaudo (Pina Bausch Tanztheater), Tanya Khabarova (Derevo), Yoshi Oida, Lorna Marshall, Gennadi Bogdanov, Fin Walker, members of Complicite, and Nigel Charnock. All the repertoire he created with Tmesis has toured nationally and internationally, to critical acclaim. Physical Fest is the only festival of its kind in Europe that specialises solely in physical theatre, attracting participants and artists locally, nationally and internationally.

In 2011 he founded Physical Lab, an international laboratory of physical acting and physical theatre, and Pleasure Lab, a monthly event open to all who want to re-connect to their bodies and feel comfortable in their skin.

Yorgos’s teaching resume includes collaborations with world class institues such as LAMDA, RADA, Drama Centre, and The Actors Centre in London, as well as workshops and residencies in Europe and Africa.

Drawing on his 14 years of work, personal experience and research, Yorgos has developed an approach to assist individuals to re-connect with their bodies and to reach greater authenticity with themselves. This approach is called Grounding (Body and Mind).